Outlook issue communicating with the server. 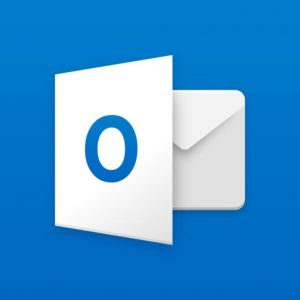 A customer called unable to open outlook, which, after closing and then reopening outlook appeared to solve the problem. However, not ten minutes later the phone rang. They were now unable to open an email without outlook crashing, petulantly ignoring his request to view its contents, as it was clearly busy communicating with the server.

We did some investigating and decided removing his profile and forcing outlook to re-download the emails would solve this obviously corrupted email.

The email refused to budge from its persistent communication with the server. Our next step was compromised by Outlook 2010 struggling to keep itself running when trying to download. The large amount of data being downloaded in a single effort, caused it to crash multiple times before we moved on. A self-inflicted injury.

Outlook 2010 became a dud, but luckily we had a copy of 2013 ready to go. Once that was installed, (with it’s own issues adding insult to injury of course), next up was to try and identify what in the email was causing the problem. Forwarding the email was our next plan. But our attempt to forward the message to our own inbox, merely attempted to open the contents as part of the message. Another clear dead end.

The next plan stepped up to bat. We’ll create a folder, place the problem email into it, extract the data and read it at our end to try and find the problem.

No need to open it, no problem right?

Despite our plan being completely flawless, it immediately failed.

Once we moved the email we found that opening the folder defaulted to opening the email. So we added a second, newer email to load first. But this revealed a new issue to ourselves. Namely when we re-opened outlook, it now crashed on a second, unrelated email in the main inbox.

This exposed that there was a bigger underlying issue than a single problematic email, namely that something common to both emails was to blame, not a singular unique issue.

This called for yet another trusty “new plan”™

Using safemode, we finally managed to open the previously unopenable emails and quickly determined the issue to be HTTP Images failing to load properly. This we can do!

The solution turned out to be simply setting a registry key to block the HTTP Images for Outlook and a quick restart of the computer.

Once it had restarted, there sat the mystery email, perfectly innocent, opening as if nothing had happened.